Jump to Latest
LexLuthor
I think the new spindle grille design is a great look and should age well till it's time for another revision. 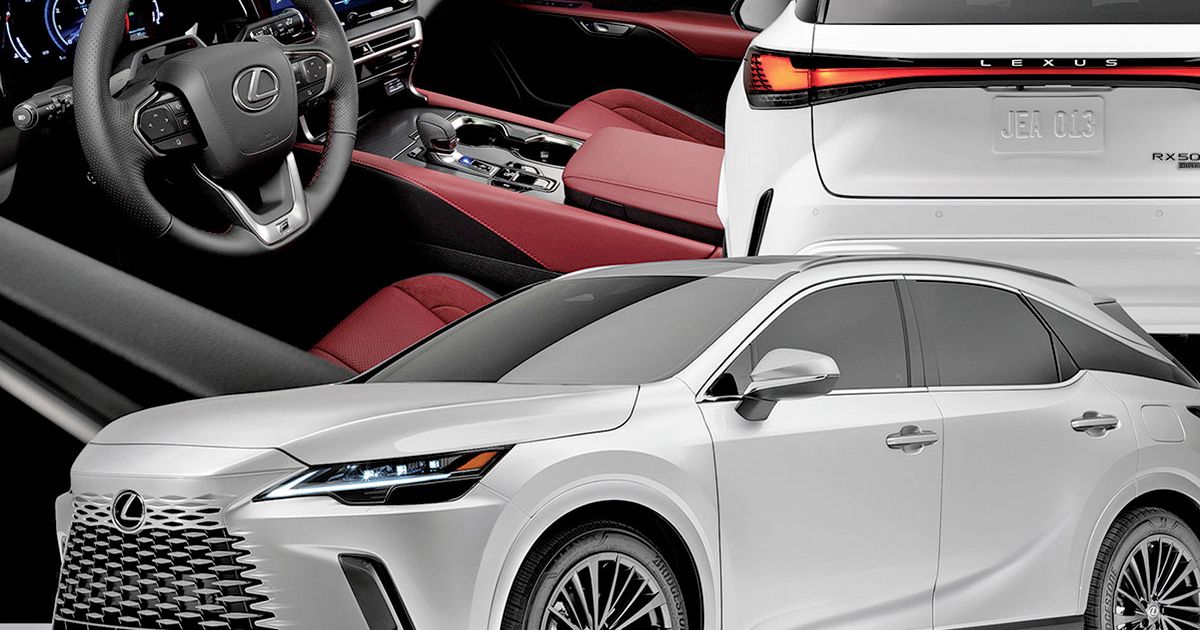 Lexus is sticking with a spindle motif. But going forward, it will be structurally incorporated into the solid body paneling. Say so long to the spindle grille; say hello to the "spindle body."

The premium brand's polarizing spindle grille — derided as the Darth Vader death mask by some critics — is getting a face-lift for a kinder, gentler look thanks to the brand's shift to electrification.

With no engine to cool in Lexus' upcoming line of electric vehicles, there is no need for a gaping front air intake — or the brand's trademark gaping grille to shield it.

Lexus is sticking with the spindle motif. But going forward, it will be structurally incorporated into the solid body paneling. Say so long to the spindle grille; say hello to the "spindle body."


In the RZ, the grille is completely gone. In the RX, partially so, melded into the sheet metal.

Suga said the approach channels customer feedback, noting the mixed reviews given to previous iterations of the Lexus grille that compared it to everything from a Braun electric shaver to the tenacious teeth of the Predator from the science fiction film series.

"Many people mention it looks like Darth Vader," Suga said here on the sidelines of the unveiling of the overhauled RX midsize crossover.

U.S. market research, he said, showed that when the spindle grille is too big, it's a turnoff.

"The new spindle execution is based on this learning," he said. "We need the right balance."

The fifth-generation RX, which goes on sale this fall, gets a heavy dose of electrification, including the nameplate's first plug-in hybrid and a fire-breathing F Sport hybrid.

The redesigned RX also gets a nose job.

The front ditches the mammoth hourglass-shaped cow catcher for a toned-down grille that is filled in at the top and gradually blends into traditional mesh below. The RX also loses the sloped front hood for a more angular and robust front lip presenting a squared-off look.

The all-electric RZ, meanwhile, has a completely filled-in front, reminiscent of Tesla. Yet still clearly evident is the hourglass shape molded into the fascia, with a thin air intake at the bottom.

"We want to maintain the spindle shape itself. But the spindle has always been based on functionality of what's happening under the hood," Suga said.

Like the RX, the RZ gets a prominent nib at the leading edge of the hood, creating a more vertical front profile and more planted posture.

And on both vehicles, to help blend the new spindle shape into the body, the swoosh-mark daytime running lights pinch in from both sides, accentuating the cinched middle.

"This sleek, dynamic design is symbolized by a sense of solid mass," Lexus says of the new look. "Central to the new spindle body design are the carefully sculpted seamless grille and integrated headlamps that strengthen and evolve the signature design."

Toyota Motor Corp.'s premium marque is banking on the redesign of the venerable RX to help rekindle the brand's sales momentum amid tight inventories and supply chain turmoil.

Lexus sales in the U.S. declined 13 percent to 64,365 vehicles in first quarter, placing the brand No. 3 in the luxury sales race behind estimated top-seller Tesla and runner-up BMW. But RX sales, accounting for 41.6 percent of the Lexus total, dipped just 4.1 percent to 26,795.

The RX dominated the premium midsize crossover market with nearly 22.2 percent of the segment, outpacing the BMW X5 and rival Mercedes-Benz GLE/M-Class by more than 10,000 vehicles each. In fact, Toyota has sold 3.5 million RX crossovers globally since its 1998 debut.

The redesign also plays a critical role in Lexus' electrification goals. Lexus wants to transform itself into an electric-only brand in Europe, the U.S. and China by 2030, when it expects to sell 1 million EVs a year. And by 2035, Lexus aims to be ready to sell only full-electric vehicles worldwide.

That march to full-electrics has only just begun with the RZ, the brand's first dedicated EV.

The spindle grille first appeared in the Lexus CT hybrid hatchback, which reached U.S. showrooms in 2011. The name, coined by Toyota global design boss Simon Humphries, comes from its shape, like a spindle of thread, and is a subtle reminder of Toyota's corporate origins as a loom maker.

It has become almost as emblematic of Lexus as BMW's kidney grille is of the German luxury rival. For its part, BMW is keeping its distinctive double-nostril grille pattern, replete with a meshlike texture, in its line of upcoming EVs, such as the iX crossover and i4 sedan.

Humphries, speaking this year about the evolution of Toyota design, said today's radiator grilles will eventually transform into housings for the sensors needed for autonomous cars.

"It's a paradigm shift from the ICE engine radiator grille, all the way through to sensors, which will form the identity in the future," Humphries said.

"For us, what this does is give the car a very strong center portion without having to put a fake grille on there or something."

Joined 4 mo ago
·
1 Posts
Their mission at Orion Auto Detailing go beyond making every car look — and feel — like it came right from the showroom floor.
More than anything, we are committed to build good and meaningful relationship with thier customers and ensure that everyone is happy with the level of service we have provided.
www.orionautodetailing.com/
1 - 2 of 2 Posts
About this Article
0 likes
1 Reply
Written By: